We have a lot of e-cig hobbyist here that spend their time carefully picking components for the most customized vaping experience they can achieve.  A side effect of this type of hobby gains you an insight about trends in the e-cig community and industry.  Why not put that very profitable knowledge to use?

Our recommendation if you are new to stocks is to download an app called RobinHood.  It’ll give you access to buy and sell these stocks and others free (instead of a an industry average of around $8 a trade). Infact, if you use our code they’ll GIVE you a free stock.. It’s solid and we wouldn’t recommend it otherwise.

With the e-cig industry right now and all consolidation still ongoing in the tobacco industry along with the close ties that all the global cigarette giants have with each another, buying a few different stocks in just one or two if these companies gives you exposure to a full portfolio of analog cigarette alternatives.

British American Tobacco (NYSEMKT:BTI), for example, is in the process of buying Reynolds-American (NYSE:RAI) (a company in which it already had a 42% stake) in no small part because of the latter’s market-leading e-cigarette devices. Philip Morris International (NYSE:PM), which was once part of Altria(NYSE:MO), still has close ties with its former parent (and rumors abound that one may yet buy the other), and they continue to forge deals to globally market e-cig products together under the Marlboro brand.

When British American Tobacco completes its acquisition of Reynolds, it will vault ahead of Philip Morris to become the biggest tobacco company. It has several cigarette alternatives on the market now, but like many in the industry, it is betting that heat-not-burn (HNB) technology will be the next big advance in the niche.

Unlike traditional cigarettes, which of course burn tobacco to drive the flavor and nicotine to the smoker, or earlier versions of electronic cigarettes that heat a nicotine-infused liquid, HNB devices heat real tobacco to the point of creating a vapor that delivers the taste and nicotine to the user. Because that vapor doesn’t contain the toxic chemicals released when tobacco is burned, they’re a healthier alternative. And they provide manufacturers with a steady stream of recurring revenue since the tobacco-filled “cigarette” must be replaced after use.

BAT rolled out its HNB product — the iFuse glo — first in Japan. The company noted in its preliminary earnings report that in the 10 weeks the iFuse glo has been on the market there, its consumables had quickly gained a 5.4% share. A worldwide launch is planned.

BAT is currently in 12 markets with its various e-cig devices — it markets traditional and hybrid e-cigs under the iFuse brand too — and it plans to double the number of markets where they’re present this year with a goal of doubling them again in 2018.

It is marketing the glo’s disposable Neostik cigarettes under the Kent brand, and has invested more than $1 billion in building a completely new next-generation product division.

Reynolds was an early player in the electronic cigarette game.  It purchased blu eCig for $135 million in 2012 and built it into the biggest brand on the market with about 50% of the total share, then sold it to Imperial Tobacco as part of a package deal to avoid anticompetitive issues when it purchased Lorillard.

By then, however, Reynolds was already investing heavily in its Vuse e-cig product, which has since become the market leader in the U.S. with a 38% share — more than twice that of blu, which has fallen to 16%. Altria’s MarkTen has slipped to third place with a 13% share. 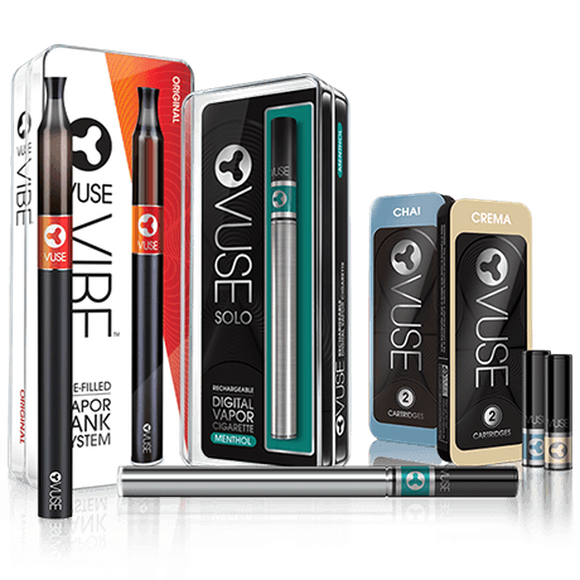 It is currently working on a new HNB device called Core, but Reynolds was actually first in this space too, having introduced the Eclipse back in the early 1990s, though it was ahead of its time and didn’t go anywhere. It attempted to relaunch the product again in 2014, this time rebranding it as Revo, but that, too, came to naught. Whether it will have any more success with Core remains to be seen, but word is that this new technology that has piqued British American Tobacco’s interest, and is one impetus for their merger.

Global tobacco industry heavyweight Philip Morris International is also a leader in electronic cigarettes with its iQOS device, a rechargeable, pen-like device into which a short, cigarette-like product is inserted. Like BAT’s Kent Neosticks, Philip Morris is marketing its consumable HeatSticks under the Marlboro brand. The device really changed how people viewed e-cigs — which had begun to see their popularity wane — because it relied upon real tobacco for flavor rather than a flavored e-liquid. Since it was closer to the smoking experience users were looking for, it quickly gained in popularity, and PM is urgently planning for “a smoke-free future.” 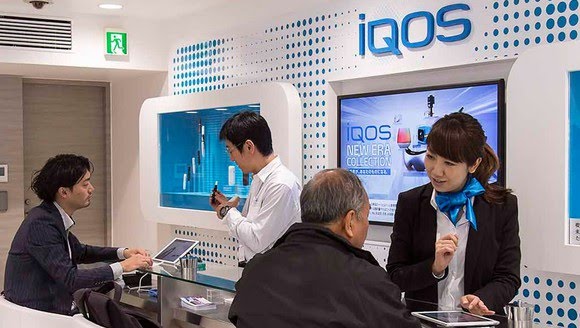 Philip Morris may quickly come to dominate the U.S. electronic cigarette market, and effectively stub out all competition, if it wins FDA approval for a “reduced-risk” designation. Though it seems obvious that e-cigs and vapor products generally would be less unhealthful than traditional cigarettes, manufacturers can’t market them as a safer alternative without first showing proof to regulators that they really are less dangerous.

That’s a lengthy and expensive process, one that only the biggest tobacco companies can afford. It’s reported that PM’s application was 2 million pages long, yet it may give Philip Morris the chance to be the first to earn the ability to tell consumers its e-cigs are safer, a development that could give it a huge competitive advantage and change how electronic cigarettes are seen.